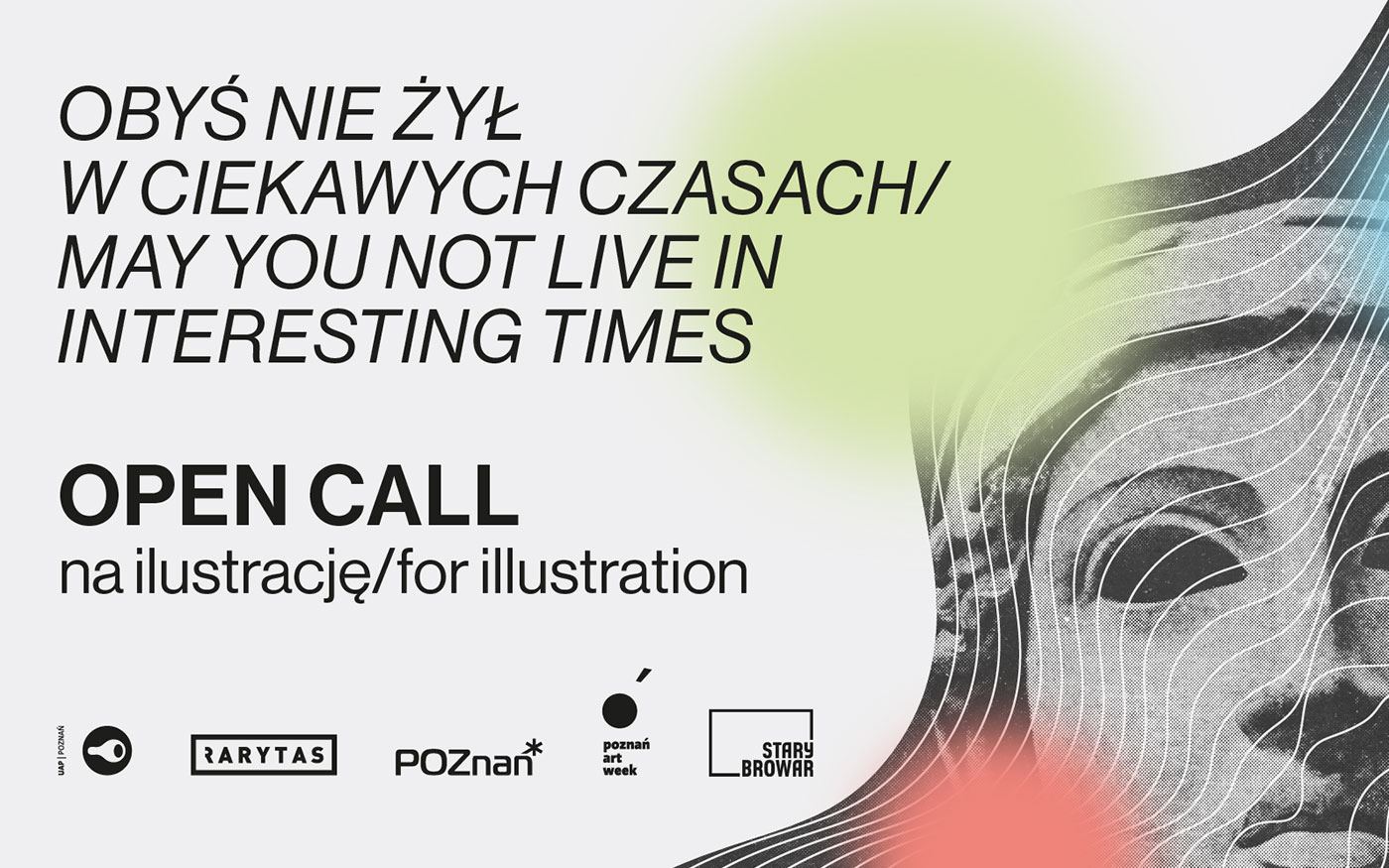 This competition is co-funded by the Poznań City Hall

“May you live in interesting times” is a Chinese proverb that, though sounding like a blessing, is indeed a curse. And this ancient phrase can perfectly describe our reality – we have all come to live in troubled times.

The migration crisis, wars in Syria and Ukraine and the pandemic are recent events that have turned our world uspide down. Western societies have been brutally woken up out of the lethargy brought by their welfare states. As humans, we have been urged to start asking questions about fundamental values, goals and meaning of things.

And yet, wars and the pandemic are only the tip of the iceberg of challenges that humanity is likely to face in the 21st century. To name just a few, we will need to tackle problems like: shrinking natural resources, global warming, digitalisation, artificial intelligence replacing humans and the crisis of democracy…

In the past few years, the theses of Francis Fukuyama, an American sociologist of Japanese descent, have “regained” popularity. This time, however, they have more negative connotations. Fukuyama published his essay The End of History in 1989.

In 1992, he reinforced his theses in a book called The End of History and the Last Man. At that time, liberal democracies thrived, and their people were looking into the future with hope. No surprisingly then, in his book Fukuyama proclaims the superiority of democracy over other systems. For Fukuyama, liberal democracy is the final stage of the historic evolution of social life, much better than monarchy, fascism or communism. Reaching the stage of liberal democracy marks the end of history, as other form of goverment prove inferior.

Although in the years that followed the publication of his book Fukuyama managed to partially chang his views, many authors and politicians still made references to ‘the end of history’. It became a ‘wish-like’ notion. Fukuyama’s ‘end of history’ started to live its own life. After all, it was a catchy phrase coined in Europe’s longest period of peace ever. When Fukuyama published his book, 50 years had passed from the end of the World War 2.

From today’s perspective, it’s quite difficult to agree with Fukuyama. Criticism of his theories is so common in journalism today that one might perversely say that he is now a model example of the verification of theory by life practice. Today one is surprised by his determination and optimism at the time.

Fukuyama’s thesis about the ‘end of history’ that began with the fall of communism was challenged by political scientist Samuel P. Huntington in his article “The Clash of Civilizations?” published in 1993. In this article, Huntington aptly points out that future politics will be dominated by clashes between civilizations fueled by religious conflicts and cultural differences deeply rooted in the foundations of social life in different regions of the world. The ‘Russia problem’ we are facing today was caused by the fact that Russia is not a state, but rather a state of mind. It is not only about the lack of democracy, but more about the general lack of transparency. It is about Russia’s hibernation and its nostalgia for being a world power. It is about Russia’s political atavism and longing for solving problems with violence. It is about Russia waging wars of attrition.

This art call for is open to professional artists. Its aim is to provoke the members of the international artistic community to make comments, draw conclusions and to portray the events that are reshaping our world. Quo vadis humanus? Where are we all going?

Drawings and works created with he use of graphic techniques are welcome. Entries should explore themes like: war, pandemic, environmental issues, digitialisation and other global challenges.

The purpose of this open call is to illustrate emotions, feelings and other kinds of inner experiences related to the time of recent changes. Although this is an announcement of a competition, choosing the winner is not its main purpose. The prize is purely symbolic. Our main goal is to document in the form of artistic, authorial statements a certain spirit of the times, which, we hope, will soon change, giving way to the broadly defined normality. Recent problems have also become the source of many emotional and affective reactions, often of high intensity. We can all feel their impact, although they have a different, individual dimension for every individual. This community of diversity is at the heart of the project. It will result in an exhibition – as long as the sanitary regulations allow it.

There will be one category for new, never-before-published works.

The qualification of illustrations for the exhibition (according to the possibilities related to the pandemic situation) and publication (the album) will be made by a Jury appointed by the Organisers, who will award the Main Prize and distinctions.

The Organisers reserve the right not to award prizes and distinctions and to distribute the funds differently, according to the jury’s verdict.

Category:
Ilustration (all techniques are eligible).
Participants present works on the theme of “May You (Not) Live in Interesting Times” specified by the Organisers.
Each author can submit only 1 work.

The following prizes will be awarded in the course of the competition:

Please note that the amount of the Main Prize is gross amount. After signing a declaration, the winner will receive a sum reduced by 10% of tax paid by the Organizers to the Polish Tax Office.

Stages of the competition:
First stage:
Participants submit their entries in digital form to the following email address: opencall@uap.edu.pl

Deadline for submitting entries – 31 May 2022
The opening of the exhibition and the announcement of results is planned for: 18 June 2022.

Additional provisions:
Organizers reserve the right not to award the Main Prize and to distribute the financial means allocated to the prize in a different way, in accordance with the decisions of the Jury.

The submitter declares that works included in the Entry Form are their individual work. By submitting an entry, the author declares that its public presentation will not infringe copyright of any third party.

The submitter will be held accountable for any claims that may arise.

By submission, the participant grants permission to publish the entry in mass media and promotional materials related to the competition, particularly in the catalogue of the competition exhibition and other accompanying exhibitions as well in social media. To the remaining extent, copyright remains with the author.

Works that offend religious or philosophical beliefs or racial or cultural origin will not be reviewed.

The exhibition will be accompanied by an online catalogue containing reproductions of works, a full list of participants and a catalogue listing of qualified works.

By participating in the competition, the submitter grants permission to participate in the exhibition that will be held at a later time and in accordance with safety regulations related to the state of epidemic.