Does the absence of e-curator move away from e-art? 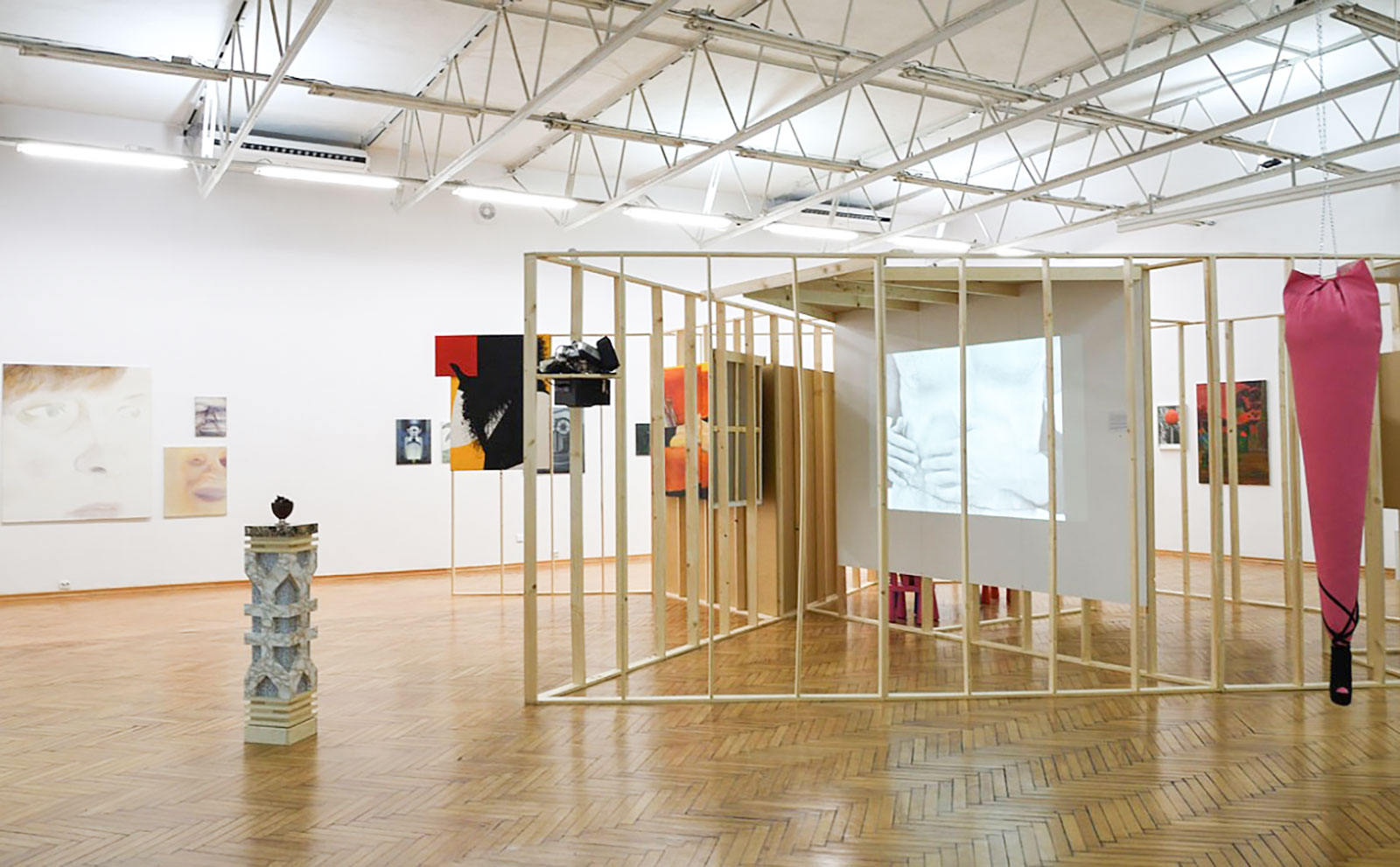 Review of the (un)curatorial guided tour of the exhibition Where are the Fruit Preserves?

Since mid-March 2020 the world has been immersed in the shadow of an epidemic which caused imposing special constraints insinuating social distancing. Despite many gloomy prospects  associated with the consequences of this unusual situation social isolation didn’t trigger the atmosphere of mass stagnation. On the contrary, numerous usually analogue activities were smoothly transferred into the constantly active digital sphere. For that reason most of us currently telework and learn through video conferencing services. We apply for jobs and take part in online interviews, we can consult our doctor via phone calls. What’s interesting, the shape of the areas connected with culture and art is diagnosed similarly. Within the framework of the action #Stay home – the culture will come to you! a large part of cultural institutions in Poland and abroad continuously develop new forms initiating web meetings with art. Thanks to the tools made available to the wide audience they were able to reach the resources of institutions, selected exhibition catalogues and documented curatorial guided tours in an accessible way.

A question arises: have we acquired tools to fully benefit from such a rich offer? The content of the exhibition is still solely online, which doesn’t enable to truly draw near an object and have an insight into its material. Maybe the exhibition’s curator could be helpful in this difficult process of shifting the borders of art reception, as well as the way he presents these artistic works? It has long been known that a reliable presentation of a given exhibition concept has the power of bringing closer to art or even familiarize with it. However, the case becomes more complicated when the curator is not able to narrate the exhibition he created. Regardless of the dynamic development of online channels of communication, the cultural institutions are still physically closed. Therefore it may not be possible to invite the audience or the exhibition’s supervisors to the gallery again.

I haven’t realized the scale of consequences resulting from the absence of curators until I watched the broadcast of the online guided tour of Where are the Fruit Preserves? exhibition organized in BWA gallery in Zielona Góra. The opening was held on the 6th of March, although due to mounting restrictions resulting from preventive actions against the virus cultural institutions (museums, galleries and theatres) were closed on the 12th of March until further notice. This made it impossible to visit the gallery and to listen to the introduction prepared by the curators: Andrzej Tobis and Dominika Kowynia. Wojciech Kozłowski, the director of BWA gallery, replaced them and presented the exhibition.

Where are the fruit preserves and what are they? This is the question the curators pose in the short text accompanying the exhibition. For more than ten years now they have been running  Painting Studio V in the Academy of Fine Arts in Katowice. As they both point out, the main impulse to create the exhibition in Zielona Góra was a critical comment coming from one of the Professors of the Academy in Katowice. As he stated with certain malice, the only thing you can learn in the Studio of Tobis and Kowynia is where fruit preserves are. The artists not only used this opinion as a basis for designing an exhibition, but also created an idea that every artist is constantly seeking these fruit preserves in his artistic output by undertaking individual strategies for recognizing and locating them. The strategies materialized at the exhibition present particular images, object-based works and videos created by students and graduates of the Academy of Fine Arts in Katowice.

Just at the beginning of the broadcast two works shown as the first at the exhibition captured my attention. I refer to the artistic output of Karolina Konopka, who for this event prepared Patriotic Confectionary Product and a video entitled The Last Temptation of Snake. During the guided tour shared by the gallery I could take a closer look at the presented confectionary object-based work, unfortunately however only 20 seconds with no description were available from the 8-minute long film. The guide explained that the tour was recorded in a hurry and assured that this short excerpt basically reflected the whole video. As recipients we can only take the word of the director of BWA gallery for it. It is a pity, though, that the gallery didn’t provide any comment or a reference that would send the audience off to the full film by Konopka. It seems that thanks to a small curatorial elaboration the video presented at the exhibition would become more clear and thus closer to the recipient.

The substantial restraint of the guide is visible also during further demonstration of the exhibition’s content. It concerns not only art itself, but the authors as well. I refer particularly to the next project entitled The Holy Grail of Painting. I suspect that the curators’ choice to display the work on a decorative pedestal was intentional. The title itself indicates that we deal with a message explicitly referring to the concept and form of the sacred artefact often present in Arthurian legends. To that mythical object desired by archaeologists, researchers, clergymen and, as it turns out, by painters. As the consequence of the quotation and due to locating the work on a platform the project demands attention and a commentary. However, we don’t learn anything about the creators’ idea, the origin or even the authors. The guide only mentions that The Holy Grail of Painting came into being thanks to a joint action of artists. Unfortunately, it isn’t indicated what action or what artists precisely. The simplified manner of describing the work moves away from it, while omitting the authors of an object-based work is shallow and shows disrespect for the artists.

Usually I attend curatorial guided tours to gain greater understanding of the content of the exhibition, the context of its origin and the specificity of artist’s or curator’s work. I enjoy various trivia and anecdotes which create the atmosphere of the exhibition itself. With trouble and some regret I have to admit, though, that the broadcast of the guided tour of Where are the Fruit Preserves exhibition failed my expectations. I didn’t find out anything more than I saw, whereas the form and repetitive rhythm of the presentation discouraged me from finishing watching the broadcast.

The subject of the analysis is the (un)curotorial guided tour. The main reason is that it wasn’t led by the curators of the exhibition, but by the director of the closed institution. Maybe that’s why the tour often lacked basic information, as well as the profound reflection on the works or the concept of the exhibition. I wonder whether the aforementioned deficiencies caused by the absence of e-curators significantly pulled the audience away from the e-exhibition?

Through different online channels of communication the exhibitions’ documentations and curatorial guided tours reach a wide public. Yet you can seldom assume that all the recipients are equally prepared for remote visits. Especially if they are deprived of personal experience with object-based works and the opportunity to ask for a clarification of a particular work. In this context not only the absence of the e-curator, but also of the tools and products of curatorial work moves away from art. I mean a list of complementary annotations, plan of the exhibition or the folder comprising of the full list of works with reference links to portfolios of the artists. I believe that due to the lack of basic information the exhibition may be unclear for the recipients, and the presented art – incomprehensible.

Ola Staśkiewicz – second-year student of Guardianship and Theories of Art at the University of Arts in Poznań. In the past, she co-organized the students exhibition Keep in touch, which took place at the University's Design Gallery in Poznań.

Previous
The art of helping
Next
The Grand Opening