The Work of Art in the Age of Digital Reproduction 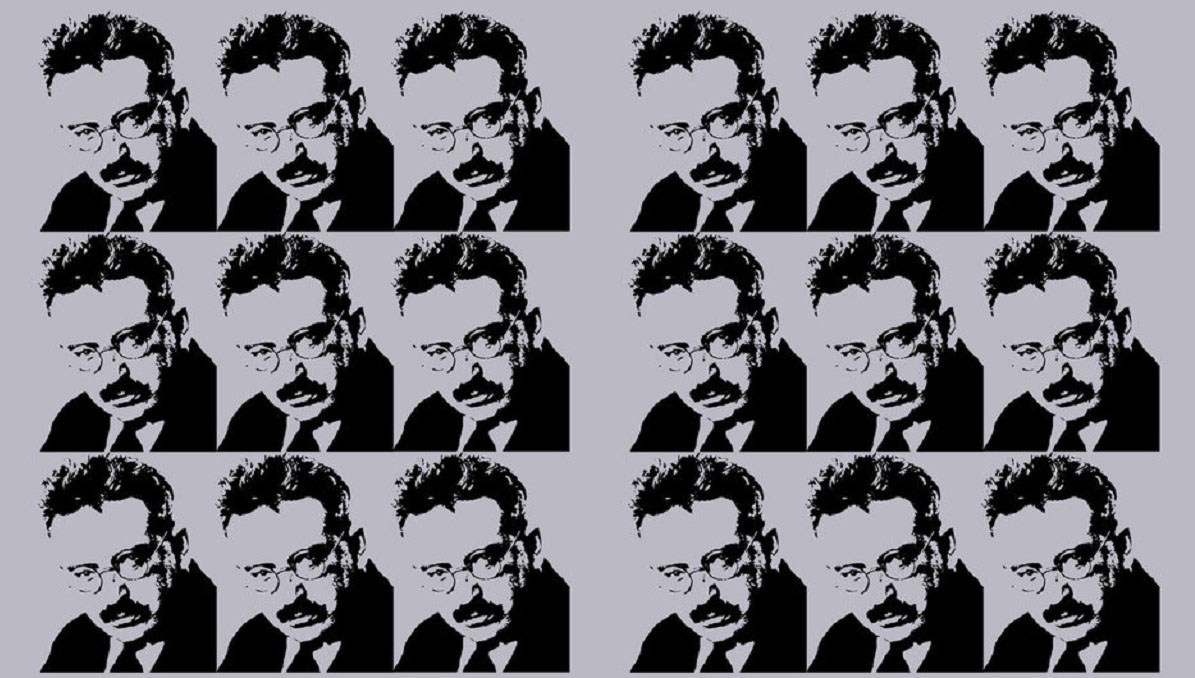 In the American TV show The Silicon Valley, there is a secondary character named Russ Hanneman, portrayed by Chris Diamantopoulos. He is a millionaire and investor.What earned him money and position in the world of technology was a trivial thing – Hanneman is known as the man who “put radio on the Internet”1. Despite millions of dollars in his account, the main characters of the series, that are a group of young IT geniuses, do not seem to respect him at all. Quite contrary – “putting radio on the internet” seems to them a trivial gesture opposing their own actions and aspirations that go far beyond a simple relocation of the analogue space to the Internet. Richard Hendricks (Thomas Middleditch) and his fellow IT geeksmake use of tools and notions that exist only in the computer reality. “Putting radio on the Internet” is a typical action based on a simple reproduction of the analogue language into the reality of the Internet. What many IT specialists choose to actually do, is to explore the autonomic language of new media and digital reality – a reality that each year enters new areas of our lives. The pandemic we are currently experiencing has definitely accelerated the process of digitalization, also in art. However, in this particular field, one can notice that actionsmostly involve digital reproduction and various forms of transferring cultural activities into digital world. Can this really satisfy cultural needs?

As early as in the first weeks of isolation caused by the pandemic, culture enthusiasts were flooded with events. Theatres were among the first to provide an interesting selection of plays available online, to which the audience, bored with the quarantine, initially reacted enthusiastically. The first show streamed live was “The Mild Fever” broadcast from the New Theatre in Poznań on 12 March. It is estimated that it was viewed by over 3 thousand people2. Other institutions followed suit, allowing both to participate in premieres, and to see some older performances. Two months later, it was difficult to find a serious theatre that did not have a virtual offer in its programme. However, having taken part in several events of this kind, one could see a gradual decline in the number of audience. My personal experience of watching performances on the Internet made me realize the reasonbehind the declining number of viewers: the digital performances never allowed me to lose myself in the world of the play. Any form of immersion seemed impossible. I was annoyed by the impossibility of experiencing the play freely.Camera operators and editors decided what I was expected to watch. I quickly started to reach for my phone, to look in the fridge or to read news online – I did all the things that theatre effectively isolates you from.After all, one goes to the theatre not only to watch the performances, but also to participate in the whole ritual of accompanying events, which do not take place when you watch an internet broadcast. People who go to concerts also do not do it just to listen to music. If participation in culture was limited to watching and listening, cinemas and concert halls would have lost their raison d’être a long time ago. After all, the amount of money necessary to go to 20 concerts would be enough to buy some decent speakers. The accompanying events, the immersion in cultural performances of various kinds, the specific atmosphere of the time and place, as well as the aura of direct participation in the event still seem crucial.

At the very beginning the interwar artistic avant-garde, some politically involved artists and theoreticians, including Walter Benjamin, predicted the end of experiencing art directly. Back then, it was associated with bourgeois rituals. However, the concept of theaura of an authentic work of arthas remained with us to this day.3 Paradoxically, it has survived not only in works that meet the criteria of modernism, but also in trends and genres that engage in a critical dialogue with modernism. Let us take, for example, performances or participatory art in. Few people participate in them, but without their presence, personal experiences, and feelings, the final works could not exist. In some cases, the aura of the work does not overshadow the aura of the artist. This is why artists like Marina Abramović sometimes achieve the status of a pop-cultural demigods. Reproduction of ephemeral events cannot match real participation. Can a photograph of Tadeusz Kantor’s Panoramic Sea Happening or Paweł Althamer’s Common Task tell us anything about how the event really was? Photographs and videos are only substitutes for the experiences of the real participants.

The digital age has brought new forms for reproduction. Due to the pandemic,the variety of cultural activities can be described as a deluge. One reason behind it is are the low (and sometimes zero) costs of copying and publishing materials online. Employees of art institutions, desperate toattract an audience, try to engage in various activities, although their actions most oftenas trivial as Hanneman’s “putting the radio on the Internet”. The programme “Culture Online” announced by the Polish Ministry of Culture is likely to result in hundreds of projects that will involve digitalizing, disseminating and publishing thousands of reproductions online – copying everything that can be copied. Museums and galleries will probably publish everything they have online, but mainly scientists, not the audience, will benefit from it. Just as mechanical reproduction initiated by the discovery of photography led to the rapid development of certain branches of the humanities (e.g. ethnology, art history), digital reproductions will further facilitate the work of researchers, who are already often able to carry out effective research from home, without libraries, books, and dusty archives.

Culture enthusiast accustomed to “analogue” galleries, theatres, and concerts, do not seem to be main recipients of the reproduced works. In addition, the excess of reproduction combined with the quarantine made us long for the real world, the materiality of objects, the direct experience and the aura of things, the time and the place.In other words, the decay of aura predicted by Benjamin, never actually happened. The over-reproduction only reinforces the need for experiencing authentic objects, phenomena and events directly.4

The phenomenon of the libraries going out of business leads to further issues – the materiality of cultural objects and the place of experiencing cultural phenomena. The development of mechanical reproduction, mentioned by Walter Benjamin, and the related collapse of the aura of the work of art, was supposed to enable the transfer of experiences into the home space.After all, a photograph published in a magazine or a gramophone record could reach the recipient easily5. However, it all turned out completely different.Photographs and gramophone records were supposed to be carried copies. According to the philosopher’s interpretation, they could enable recipients to engage in a critical dialogue with the modernist and bourgeois culture and the cult of authentic events and objects. Instead, photographs and records have become bourgeois attributes. Old photographs have a sort of a religious aura, incomparable to the experience provided by the excess of digital photographs. Books containing beautiful photographic reproductions; perfectly designed magazines bought for possessing more for reading; intricately published records –they are all expensive things collected by modern middle class.The rest is left with the Internet and everything it brings, i.e. the equivalents of the old material world, usually devoid of matter, cheap, and not always legal.

During the quarantine, an anonymous entry became very popular across social media, “If you think artists are useless try to spend your quarantine without music, books, poems, movies and paintings.” Although it became viral mainly among people involved in culture, it had little to do with the truth. The Internet – the main remedy for quarantine boredom – marks out not only the place where works of art are reproduced, but also encompasses communication, information, pornography, violence, consumption, the infinite number of “Internet cat pictures”, mems, gifs, forums, and YouTube videos. Those who amid the pandemic looked for cultural ways of reacting to the hardships of the quarantine, probably reached for pop culture rather than high culture. Art has in no way made it easier for me to survive my home isolation.I longed for people and nature more than I did for art.

In his discussions about the consequences of the development and dissemination of mechanical reproductions, Benjamin devoted much attention to film and specific means of cinematic expression. However, his accurate remarks did not entirely match the title of his text.At the time when Benjamin formulated his thoughts, films rarely reproduced the world – they had developed their own autonomous, unique language and means of expression. The same goes for the Internet and Internet art. If I were to take artistic pleasure from virtual space, instead of viewing reproduced analogue events and objects, I would rather watch the art that was created for the Internet and that treats the Internet as its basic matter. After all, there is no shortage of net-art, although its stable development does not seem to have much in common with the pandemic.

Previous
The Lockdown of Ch’ien Chien
Next
Beyond the Veil