The Lockdown of Ch’ien Chien 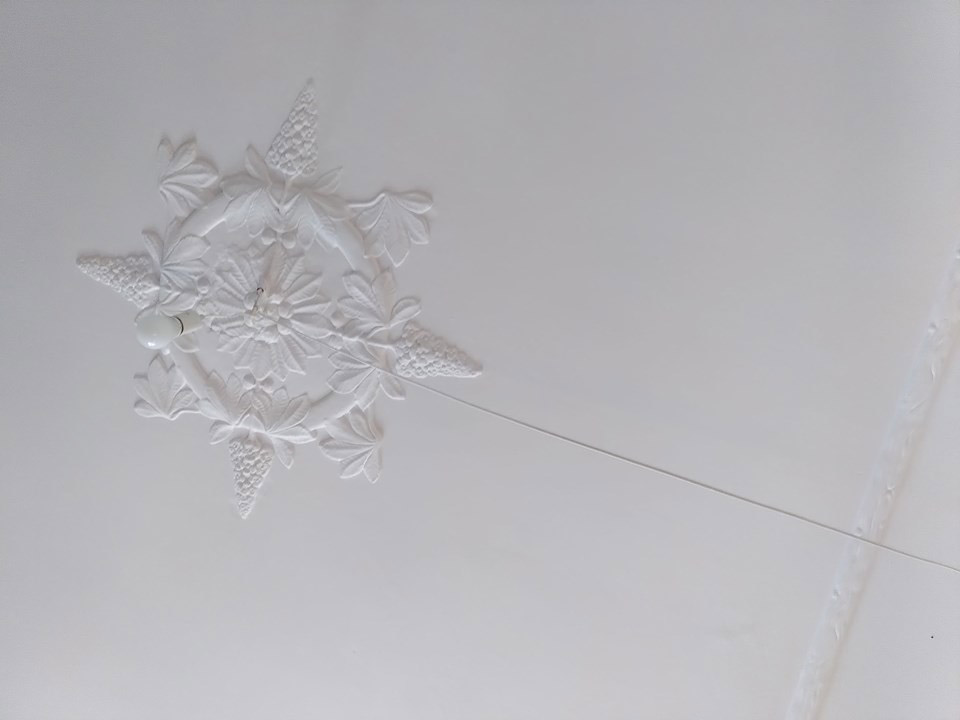 Ch’ien Chien is a room, just a simple room, nothing special about it at all
It is both living room, art institution, studio, and office in one
At the very least, if not more
More than all of this, that is, which it probably is
How much more, needless to say, depends on the perspective
And on the time spent in it
Spent in the actual room
Depends on time and space, quite simply
And time well spent, I’d say
Spatially, at the very least

The lockdown of Ch’ien Chien starts when the city around it begins to open up
A huge scaffolding is erected outside its windows
Or is being piled up
Is slowly reaching for the sky
Or at the very least higher than the first floor of Ch’ien Chien, partially isolating it from the world outside

The workers are slowly adding to their creation, one piece at a time
A whole month it takes them to reach the roof which, I have been told, is in a dangerously bad shape and will be replaced during the summer
Several more weeks they spend covering the allegedly leaking roof with even more scaffolding
Finally the exoskeleton is veiled in a semi-transparent blue net
A piece of clothing covering the whole building from head to toe
It will partially isolate Ch’ien Chien from its surroundings for the whole summer, if not longer
It feels like an awful long time, to be honest
But it has to be done
It would collapse otherwise
The roof, the leaking one
So we’ve been told, and I have no reason not to believe it
I’ve seen the graphs
I’ve seen the calculations
Sooner or later, the pressure will be too high
Sooner or later, it will collapse
This is the inevitable end of all roofs, if they’re not maintained
Of all roofs even if they are, in fact
Maintained, that is
The end of them, I mean
In the long run they will all cave in
And in times like these, we have to look at the long run
We have to see it all from a larger perspective
We have to see the big picture

The picture I see is on a rather different scale, however
Flowers and layers of scaffolding, seen from below
A new metal canopy spreading outside the window, adding to the floral one of the window frame
A view from lying on a rattan mat on the floor
The mat is supplemented with a pillow made from the same material, and both are placed in the bay window of Ch’ien Chien
The bay window, as bay windows do, protrudes from the rather square proportions of the room
The whole room is visible from where I’m lying, were I to let the cut lilies and the dragonfruit cactus and the other potted and dried plants and the scaffolding out of sight for just a second, tilting my head ever so slightly, which I feel no need to do
None at all
I’ve spent enough time within these walls to know what is what and what is where
For several years this room has been the preferred place of the carefully moderated artistic activities of yours truly
And the carefully moderated inactivities too, I suppose
The actions and inactions of a practice largely contained within these walls
More and more defined by this room
A dependency which has only increased, first through the lockdown of its surroundings, and now of itself
They are a crucial part of it
Of the practice
These walls, I mean
The frame of this room
And so is that which takes place within it
The constant replacing and moving around of its contents

The table was moved shortly after an event with Gabriel Barbi last year, during which it was placed in the very center of the room
While the table has been in a fixed position for the last nine months or so, the chairs and armchairs surrounding it are still being moved around
A hole was drilled into one of the walls in order to mount a work in Tomas Rydin’s Inaugural Ch’ien Chien show
The same hole was re-used for the nail on which Mia Line’s Napoli Poem T-Shirt hang last summer, but is now empty, an open hollow, a cavity dug into the frame of Ch’ien Chien
The backdrop of plants behind the Drunkard performance last year still occupies the window frame, some new plants added, some long gone, and a few still slowly withering away
On the nail which once supported the list of works for Xavier Gautier’s show now hangs an undefined flower and a monstera leaf, both dried
Remnants of activities and inactivities past, present and future
Memorabilia, including more dried flowers, accumulating on and around the left loudspeaker
All the records, books, lamps, plates and glasses and tea cups that come and go

The shuffling around into new compositions of the contents of the room
An occupation taking up so much of my time these days
Mostly at a very slow pace, often so slow that you barely notice the changes
But constantly nevertheless
Always there in the background
Like ambient music
A drone
The resonant frequencies of this room, if you will
A continuous even tenor

Henning Lundkvist’s (b. 1981, Sweden) main practice is not about producing art in itself, but about staging the presentation of art as well as the exhibition where it is presented.

Previous
SASAOKA Yuriko, My 7 ways of saving money, video, 2020.
Next
The Work of Art in the Age of Digital Reproduction