How Is Art Holding Up? 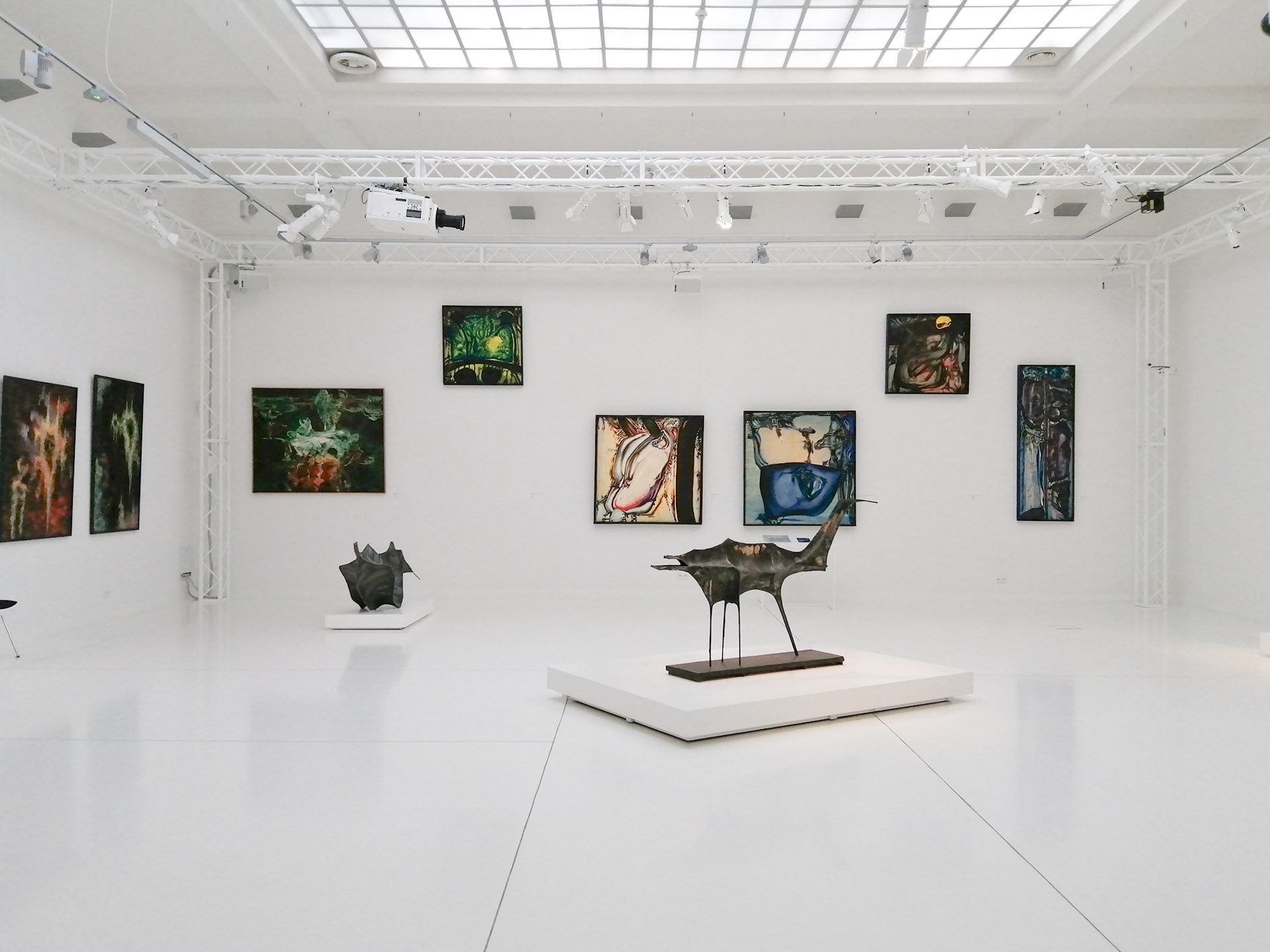 The announcement of an epidemic, as well as closing various cultural institutions (and not only) in its result made it impossible for the majority of us to function normally. The current situation has changed a lot, more and more artistic events are cancelled and some of them, if it’s feasible, have moved online. Cinemas, theatres and museums organize different attractions through social media. Not only institutions, but also artists increased their activity on the web. In many cases it doesn’t generate any profit. Many projects were abandoned and deferred to a later, suitable period. Closing cultural institutions for a couple of weeks led to financial difficulties. Not everyone has the possibility to continue their work online – here I mean mostly artists and creators, for whom a cultural institution is the only workplace. For these people the pandemic turned out to be a rough patch, as it resulted in losing their income.

The return to normality still appears rather remote. During these two months of living almost in a complete isolation various actions have appeared. Their aim is to support the cultural sector and artists. Besides nationwide initiatives, also local ones have been organized.

In Poznan the action #kulturanawynos (#takeawayculture) was created and many local institutions joined in, such as Barak Kultury, Raczyński Library, Zamek Culture Centre, Arsenal Municipal Gallery, Stanisław Moniuszko Great Theatre. They invite the audience for film showings, concerts, guided tours of exhibitions and to listen to podcasts. All this, of course, without leaving the house. What’s more, during this project institutions and artists have a possibility to take part in the competition for the most interesting initiative presented online between the 11th of March and the 15th of June. The city of Poznan committed the sum of 50 thousand Polish zloty for the award and distinctions in the categories of events, education and publications, including as many as 5 thousand zlotys for main prizes. The competition is coordinated by the Department of Culture of Poznan City Council.

“Healthy Culture” is the name of actions organized in Łodz to support artists, non-governmental organisations and cultural institutions. Several programmes fall under this initiative. One of them is “Grants for culture – Lodz supports artists”, the coordinator of which is the Department of Culture of Lodz City Council. The grant is aimed at non-governmental organisations.

Grants for culture “Kultugranty 2.0” is another programme in the framework of the aforementioned action. It’s coordinated by Lodz Event Centre and its purpose is to help online cultural activity concerning inter alia theatre performances, workshops, webinars or virtual tours.

#karnetkultury (culture pass), on the other hand, relies on the audience as the benefactor of Lodz cultural institutions and artists. Everyone has a possibility to help a chosen institution, all you need to do is purchase a ticket for a future event that will take place after the institutions have been opened. The last type of support is paying a rent of 1 zloty from April to May “in the local commercial premises for institutions, clubs, companies and artists associated with culture”1.

In Torun during May holidays a competition “Daj sztukę” (Give Us Art) was organized, in which artists from Torun – people who create and act in the cultural field – could participate.

Their task was to design and implement a concept of an artistic activity for virtual world. This could involve concerts, workshops, meetings with artists or other cultural actions.

The laureates and their winning initiatives are presented on the website of Torun Cultural May Holidays. 15 most interesting projects were selected, each of them received a financial award.

This initiative was organized by Warsaw, more specifically by the City Council of the Capital City of Warsaw and the Office of Culture. The recruitment for the open competition for the project concerning carrying out a public task entitled “Mobile in Culture” began on the 16th of April and ended on the 8th of May.

The competitors were obliged to present their ideas for supporting the Warsaw cultural sector. Then they had to commission “individuals – artists, animators, curators, educators – to realize different elements: the concept of action, cultural activities, works, events, projects, including online ones; concept of competence development; concept of the professional reorientation of creators, performers, artists, managers, educators, animators and researchers of culture”2.

Additionally another competition was launched – “Favourite Warsaw Bookshop”. This time the support was aimed at stationary bookshops in Warsaw, three of them were to receive financial assistance.

The Department of Culture and National Heritage of the Municipality of Krakow prepared a range of activities addressed to the cultural sector and artists: “Resistant Culture”. The support involves individual creators, animators, non-governmental organisations and institutions, as well as film and music industry. It’s worth mentioning that besides financial help the project also concerns establishing development programmes which improve the functioning of institutions.

Implementation of far-reaching programmes is planned, such as: Programme for Film and Audiovisual Production, Art Programme, Festival Programme, Music Programme, Programme for Cultural Education, Theatre in Krakow Programme and the Management Plan of Heritage City. In its framework also individual creators and artists can apply for a scholarship.

Another sort of support is the rent reduction of the dwelling in which a cultural activity takes place. It involves arthouse cinemas, art galleries, cultural institutions, bookshops and secondhand bookstores.

Ministry of Culture and National Heritage also hasn’t forgotten to support artists and institutions in these difficult times. Together with Digital Poland Association it announced an action #Kulturawsieci (#Cultureinthenet). The whole programme is comprised of two elements: “a scholarship programme of the Ministry of Culture and National Heritage and a grant scheme managed by National Cultural Center”3. First one is aimed at individuals and its purpose is “to support the activities of creators, artists, animators and educators, as well as researchers of broadly understood culture in terms of spreading cultural property online in relation to the restrictions imposed in the period of the epidemic or epidemic crisis situation”4.

Call for proposals ended on the 20th and 21st of April respectively.

It’s a nationwide initiative of the founders of platforms for selling tickets online (ewejsciowki.pl and biletomat.pl) which is under the auspices of the President of Warsaw.

More and more institutions have already joined the action, including Dramatic Theatre in Warsaw, Roma Music Theatre, Grand Theatre in Poznan and many other.

#WspieramKulturę is composed of four activities:

“I keep the ticket” – you can keep a purchased ticket if an event didn’t take place and change the date of the event or exchange it for an open ticket;

“I buy a ticket” – you can purchase a ticket for a future event in advance;

“Give me culture” – an open ticket for any event as a form of a gift to loved ones;

“I pay as much as I want” – on the website free performances and events are shared, during which you can provide financial support by transferring a desired amount of payment.

Moreover, you can buy museum tickets on the aforementioned sites. On the Facebook pages of particular theatres you can find more details about the performances.

Warsaw theatres also undertake individual actions, for example Dramatic Theatre created #ZmienTerminNieOdwoluj (#ChangeTheDateDoNotCancel), in the framework of which the audience is encouraged to exchange their tickets.

In place of the conclusion

The above-mentioned initiatives clearly don’t comprise all actions undertook in this difficult for visual arts period to prevent the consequences of the crisis. Councils try to support Polish artists and cultural institutions. It’s an extremely tough situation. One can hope, though, that the often criticized Polish system of cultural institutions, which is based mostly on public subsidies, would turn out to be more resistant to “coronavirus” disruptions than its counterparts in other countries, where the major part of the budget depends on the income from ticket sales. We wish all artists and cultural institutions to survive this period, so they can continue their work and, when this situation ends, welcome the audience with “reopened” cultural programmes.